Tom Kozmo – Down Under 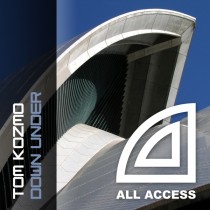 DJ and producer Tom Kozmo (Tom Koehorst) was born in Roosendaal (The Netherlands) in 1986. He discovered the dance scene
and its music when he was sixteen years old. Inspired by local events and festivals, he started to spin records at local bars
(Eindhoven) in the year of 2005. From that point on, he was booked at student events, fairs and clubs in Eindhoven and Tilburg and at bigger events such as Freshgrooves Outdoor (Talent Stage) and Royal Dance Event (Eindhoven)(8000+).

His debut single ‘Point Blank’ (a collaboration with Stereo Addict), was released by Extended Music and in the first week of
release already supported by Jochen Miller, Markus Schulz and other big names from the scene. Several of Tom’s energetic ‘Kozmic Beatz’ mixtapes were picked up and broadcasted by Eclectic Radio (one of the biggest online house and dance radio stations in The
Netherlands). At the moment Tom is in Australia to work on his DJ carrier. His goals for the upcoming years are to share his
passion with other dance music lovers and reach out to a large audience, by releasing new slamming tracks and dance concepts.