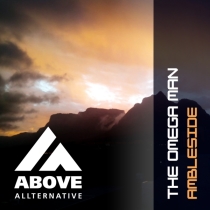 The OmegA Man is a music producer, sound engineer and DJ, with a diverse catalog and wide range of skills. Having made his foray into music with mash-ups and remixes as a 16 year old, his obsession with production took flight during his undergraduate degree in Electrical & Computer Engineering. This allowed him to develop a firm understanding of electronic music production and master the art of sound design.

Having been born in Kenya, raised in Botswana and lived in Cape Town for 8 years, he has absorbed a multitude of cultures. Citing his two greatest musical influences as Kanye West and Daft Punk, these varied experiences reflect in his music.

He has worked with several of Southern Africa’s biggest artists, composed background scores for short films and advertisements, executive produced multiple projects and is now embarking on his journey as a solo artist.

With an emphasis on quality and a strong desire to make music that leaves a lasting impression on listeners, he aims to grow his repertoire and establish himself to a global audience.

Ambleside is his debut release on our label, and we have the feeling this is not the last one. John Gregory is on the remix duty, he takes a more deeper ride on the original.