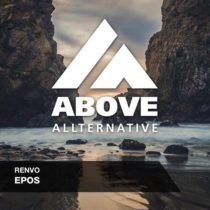 Not many people had the chance of gaining this much experience at the beginning of their career as Renvo. After playing on A State Of Trance 500 in Den Bosch and several other events Renvo eventually won the final round of the Seat DJ competition and released the track “Breakout” together with W&W, which had airplay on the Dutch radio station Radio 538, created a videoclip and played in Club Space in Ibiza.

Epos is just the next chapter in the career of this talented Dutch guy and with a remix of Swen van der Endt “Epos” is a rough and energetic driven Trance release that you need to have!