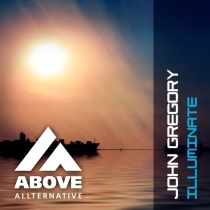 John Gregory has worked hard on his mix’s and productions in the last few years and is now living the dream of playing at some of the biggest events in the UK.
He has continued to better himself each time and spends most of the time in the studio working on new techniques for him to improve on, John has also played in Ibiza, Ministry of sound and Trance Sanctuary in London, his hard work and love for music got him signed up to record label Beating Records, in March 2013 John was back in Manchester again at re:format and did the warm up in the main room for DJs such as Signum, Ferry Tayle and Manuel Le Saux. His new release is a next step in his career and who knows what’s next for this talented young DJ!

Suonare is a very talented duo from Argentina which recenly released their debut ep on our Alltum sublabel which got really good support. Once again the guys deliver a stunning remix!