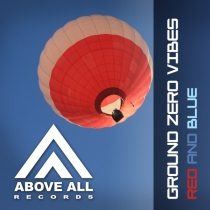 Ground Zero Vibes are one of the new rising Italian DJ, Producer project in the electronic scene. Over the years their productions were supported by dj’s like Roger Shah, Mark Pledger, Adrian Ivan a.k.a. Mr.Pit, Robert Gitelmann, Odonbat, Thomas Coastline, Matamar just to name a few and played by radiostations like Sunshine Live, Afterhours fm,Trance FM, DI.fm,

We now present their first original track on our label, which allready was featured on our Trance Academy CD sampler from last year. The track has really catchy vocals which reminds us a bit of earlier Above & Beyond tracks. On the remix we asked the really talented The OmegA Man from South Africa, This guy makes a more laidback, proggy approach and makes the package complete.