Simon Holla aka SIDEN was born in Nijmegen, the Netherlands, in 1992. At the age of 10 he bought his first gear and started to learn the very basics of mixing. A few year later he started with producing aswell, and it resulted in his first release togethe  More...

Mitex is one of the rising stars in the harder styles of Trance. After his debut release at Above All, release & remixes for FF Records and a gig at ADE he had a busy year. Lucky for us the story will continue in 2015, beginning with his new track &#  More...

Proudly we can present to you Alex Shore. Though he initially was trained as a classical pianist, through the experimentation of his own musical ideas he found a passion for making his own music, earning him a Listeners Choice award by Sony BMG and Apple   More... 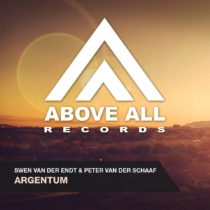